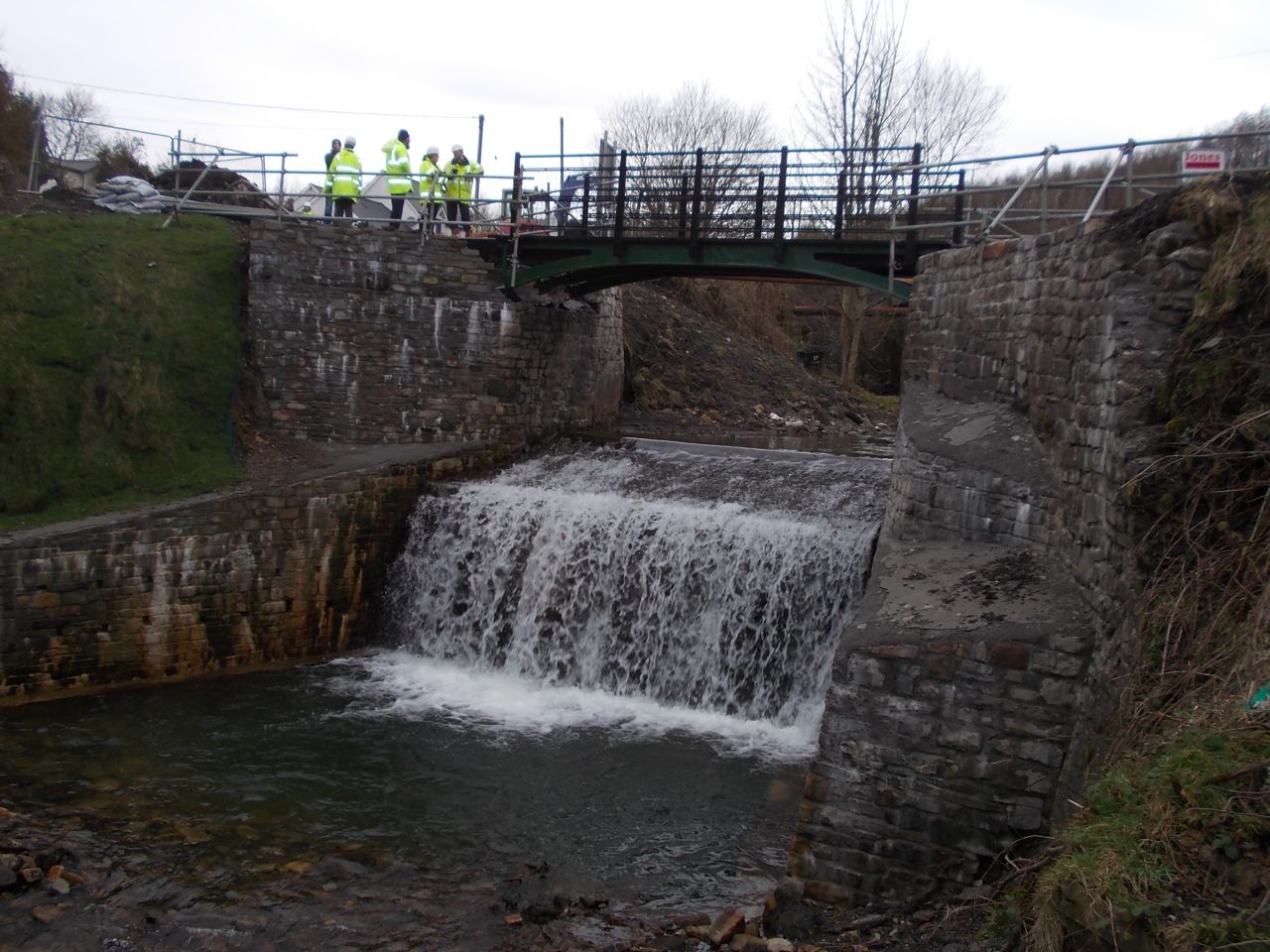 Aaron Brute’s bridge was first built in 1812 by (as you might expect) local preacher Aaron Brute as a means of transporting the valuable minerals he found to the ironworks. As one of the oldest cast iron bridges in Britain and, therefore, the world, it holds an important place in the evolution of Blaenavon as a powerhouse of the industrial revolution.
In more recent years the bridge formed part of a public footpath, that was until it was weakened to the point of closure. With a huge desire to see it restored, local Gareth Philips managed to raise the funds to have it restored and reinstated. This involved its careful removal in an exoskeleton of scaffolding, the rebuilding of the bridge abutments by specialist stone masons, the repair of the weir, and the reinstatement of bridge following highly skilled conservation work.
Following the completion of the restoration work, the bridge will once again be accessible to pedestrians. 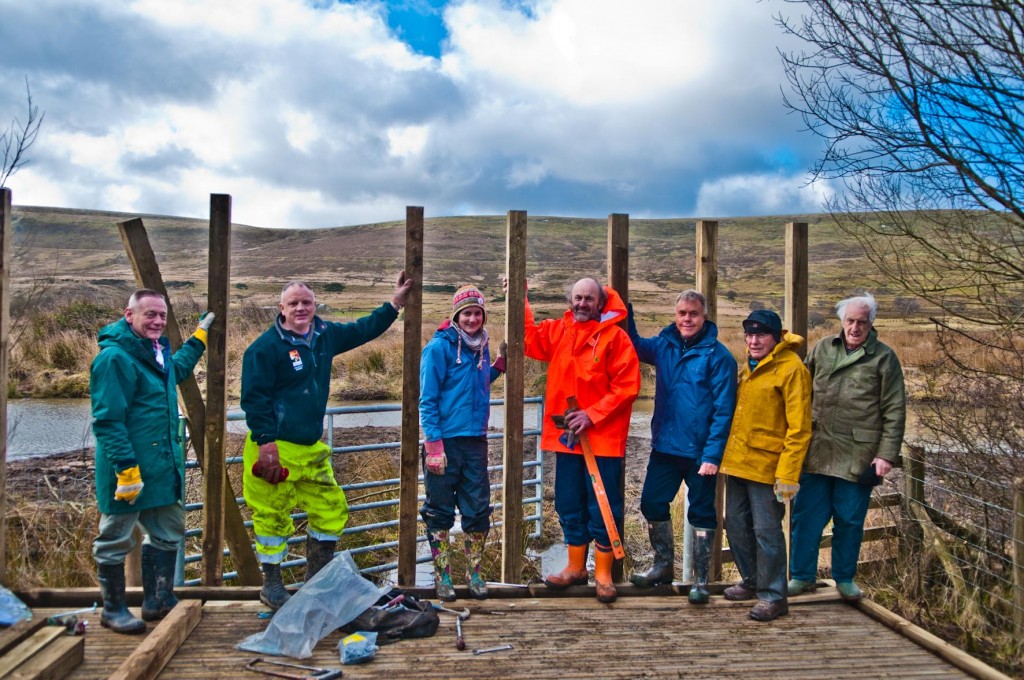 Did you know the World’s first ever full-scale railway journey took place in Wales on 21 February 1804, on the borders of the Brecon Beacons?

On Tuesday, 19th February a very interesting talk is taking place at the Blaenavon Heritage Centre, by an expert on heritage subjects.

The main part is a talk called ‘Railways Before the Rocket’, which explains the entire history of early railway development from antiquity, through Medieval mining railways in mid Europe, then to developments in Britain such as the use of surface railways and horse power.

Britain then led the world with the use or iron rails and the invention of the steam locomotive. The talk ends with the establishment of mainline railways in Britain by 1830.

This also places Blaenavon in a context and just as the ironworks opened in 1789 there was much activity regarding experimentation with early iron rails.  Blaenavon was one of a number of places experimenting and there is evidence for some of the world’s first iron railways.

The talk will also look at Hill’s tramroad of 1818, which used current technology to full effect to get iron from the works down to the Brecon and Monmouthsire canal at Llanfoist.  This included several miles of elaborate tramway, the longest tunnel ever built for a horse-drawn railway and sophisticated inclines to move materials down gradients.  The talk will finish with a discussion on future excavation work that might answer some important questions about Blaenavon’s contribution to early railway development.

Blaenavon’s Heritage Railway is set in the heart of a World Heritage Site on the edge of the Brecon Beacons in South Wales.

History & Culture: Trace the development of early railways from the Middle Ages onwards and discover the important role played by Blaenavon’s engineers’ experiments with the first iron rails and other railway technology. 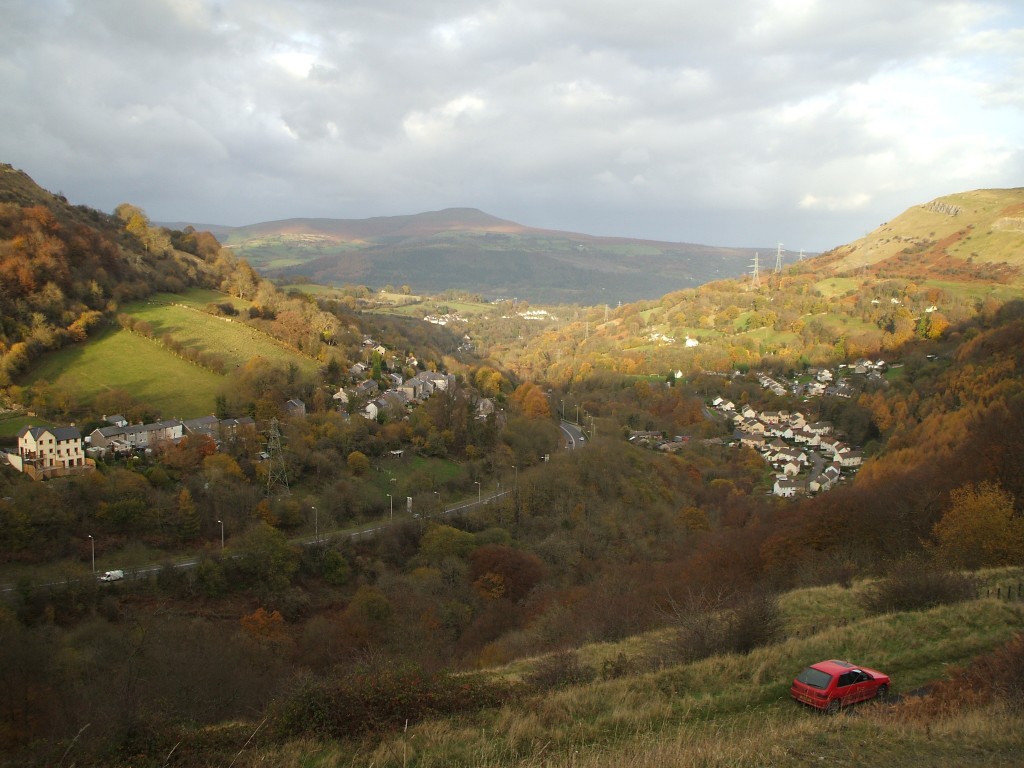 Join us on an exciting minibus tour which, together with several short walks, will explore a selection of archeological features relating to past woodland management in the area surrounding Blaenavon. Walks will cover some steep ground and will be approximately 2 miles in length.

The event costs £3 per person, and please be sure to bring suitable clothing (Walking books and waterproof clothing).